A 27-year-old woman claims her Halloween costume contact lenses ‘ripped off’ a layer of her eyes.US-based makeup artist Jordyn Oakland said she used a pair of blacked-out contact lenses for her “Cannibal Esthetician” costume last Halloween.But when she removed the lens from her right eye, she knew something was wrong. 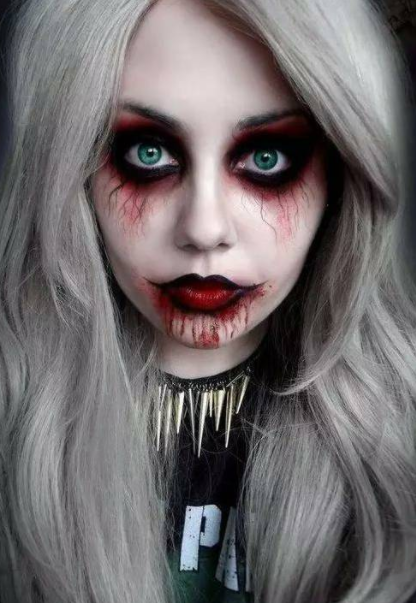 Cosplay Contact Lenses
“I’ve had contact lenses before, so I took my contact lens, slid it a little bit, tried to grab it like I always do, and it felt like I was stuck, I didn’t grab it,” she said [via Lads Bible] ].”So the second time I went in, I grabbed it a little tighter and took it out of my [right] eye ​​and it was just full of tears and I immediately felt like there was A very bad scratch.”
Jordyn explained how her eye pain was so severe after taking off the lenses that she went to bed hoping to put it to sleep – but it didn’t work.”I woke up at 6 in the morning with unbearable pain. My eyes were burning and swollen to the point that I could barely open,” she added. “I immediately cried from the pain. It was really hard to control it.”
At the hospital, Jordyn was seen by a specialist who confirmed the lenses had damaged her eye.”He (the doctor) looked me in the eye and basically said that the outer layer of my cornea looked like it had been completely removed, which is why the pain was so severe,” she continued, “and he told my boyfriend ‘it might be There’s “she could go blind.I’m not going to whitewash it, it really sucks.”
Fortunately, her eyes started to improve after a few days, but the 27-year-old is still suffering from long-term complications a year later.”Since that incident, there’s always been a small area in the center of my eye that feels a little dry,” she said. “My vision in the right eye has significantly worsened. It’s not always good, and I can see some Small text messages from far away, but now it’s game over.”
Jordyn continued: “One of the things I might deal with after the event is another erosion. I might wake up one morning and the exact same thing will happen for no reason.”
After her ordeal, the makeup artist hopes to raise awareness about the risks associated with contact lenses and encourage anyone considering contact lenses to do proper research.”It’s scary to me because they’re so easy to get, and I think about young kids and how easy it is to use a debit card and order things online,” she stressed. “I’ll never wear contact lenses again. Unless they were made by an expert who actually told me it was very safe to wear.”
She continued, “I hope the post will even help a person second-guess whether the decision is really worth elevating the Halloween costume to that level for the damage that may occur.”
A spokesman for lens maker Camden Passage claimed they had no reports of “adverse effects” in their 11 years on the market.Instead, they suggested that Jordyn did not follow the instructions provided by the lenses. 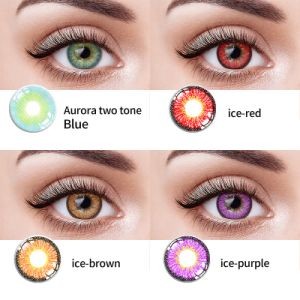 Cosplay Contact Lenses
They added: “Clinical studies have shown that anything that causes dry eyes, such as birth control pills, alcohol or allergy medication, can make contact lenses uncomfortable and increase the chance of adverse events.” Our ISO Certified Quality management systems and reporting findings to regulators.”